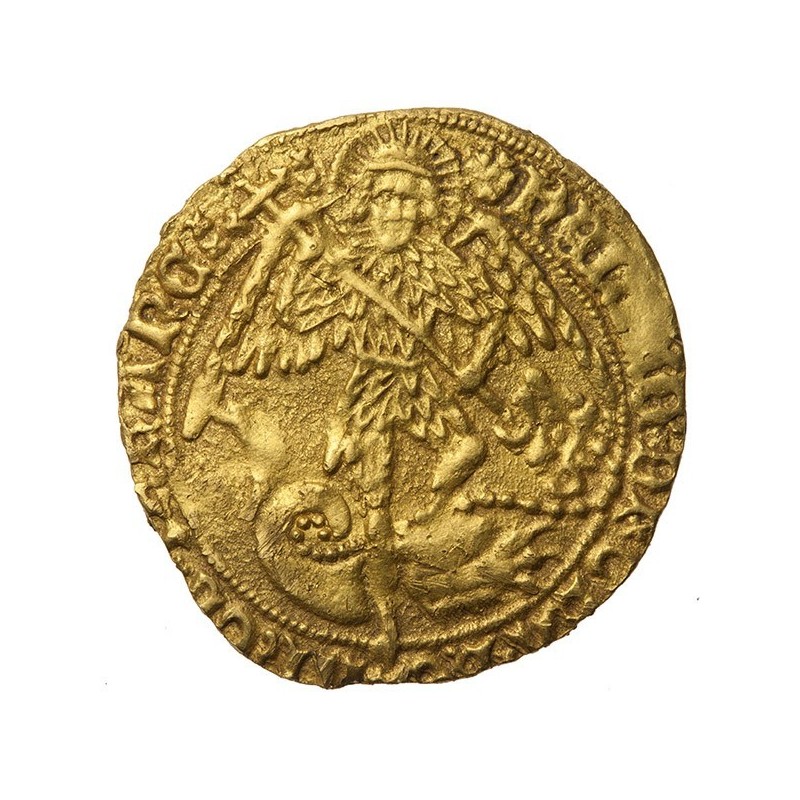 mm. Lis over sun and rose / lis over rose

Very fine, obverse struck from rusty die and a little off centre otherwise a very good example of this extremely rare first angel of Henry VII. Same obv die as Schneider 501 and 502, reverse as BM 1909,0610.12. ﻿

At the time of writing their paper on Henry VII’s gold coinage in 1963, Potter and Winstanley examined all the known early angels of Henry VII. Of these, there were only 4 coins from the altered Richard III dies. 3 of these examples were known with this same obverse die no.1 (the 2 examples represented in Schneider and just 1 other example in the British Museum).

The sun and rose mark is a well-known Yorkist emblem, which is seen on the coins of Edward IV/V and Richard III. Overstriking this with the Lancastrian symbol Lis is perceived to indicate Henry’s triumph over the Yorkists, which adds a little historical significance to the coin. 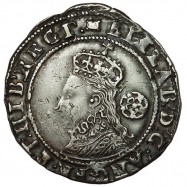 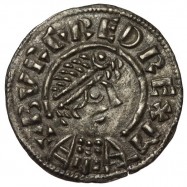 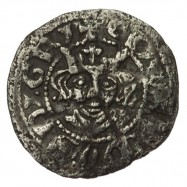 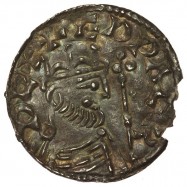 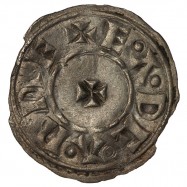 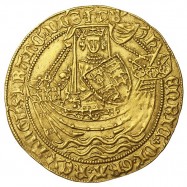 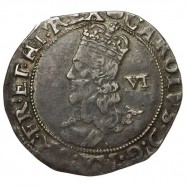 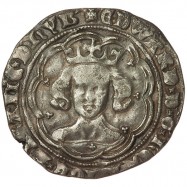